You are here:   Home > MGFIM ’17 Aalst Belgium > About the Event > Routes and Places

For those arriving early on the Thursday, we planned a small trip to the city centre of Aalst (supported by the local tourism office) and the chance to enjoy dinner in one of the local restaurants or bistros.

Aalst is well known for its UNESCO classified tradition of celebrating carnival and its 19th century social crises engendered by the Industrial Revolution, with Father Adolf Daens and his Christene Volkspartij emerging as the local defender of workers’ rights.

You can join us on the trip when showing up, after a possible lengthy trip we don't want anybody to persuade us to join. Any expenses will be paid individually and not in advance.

Routes to drive and places to see 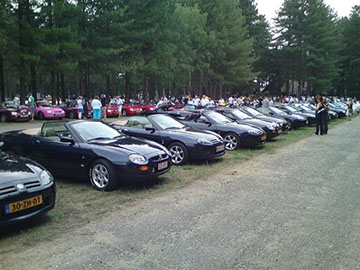 As is customary with MGFIM, any details like which routes to drive and what things we will see and visit on the weekend are still kept secret.

MGFIM ’17 is organised by the MG Car Club Antwerp, known to many of you from their famous Kempenrit events with more than a hundred cars attending.

This means that the event planning and route scouting is in very competent hands and we can all look forward to another great weekend. We are going to meet many friends old and new, enjoying fantastic roads and lots of fun over a couple of drinks in the evenings. 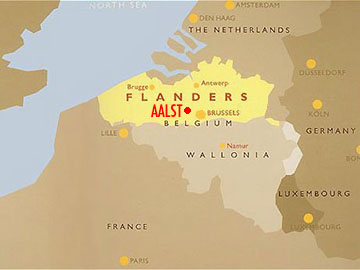 To give you an idea where you have to travel to, Aalst is located near Brussels, just off the E40 motorway. It is within easy reach of other major European cities, like Paris, Amsterdam, London or Cologne. Luxembourg is also not far away.

The Belgian language divide between Flanders and Wallonia is about 25 kilometres to the South.